Importance of Off-season for Health and Performance By MariEtta Parrish RD, CSSD, LDN

Most endurance athletes train year round with no difference in their training schedule other than volume. Periodization is completely absent from their vocabulary, let alone their training regimen.  Typical periodization in annual sport calendars calls for three distinct and important phases: pre-season, season, and off-season.  Skipping phases of a properly balanced training program not only hurts performance, it raises risk of injury and burnout. Just as sport training should vary throughout the year, so should the nutrition of endurance athletes. In fact, nutrition goals should match appropriately to the goals of each of the three training phase. This is often referred to as “Nutrition Periodization.” Just like avoiding the off-season with training, eating the same way in off-season as during season equally has detrimental effects on performance and health.  Maximizing proper off-season nutrition and training is critical for peak sport performance.

During off-season, endurance athletes may fear that if they stray too far from practicing their specific sport, it may hurt their season performance. Many various forms of cross-training have been shown to maintain and/or enhance endurance capacity and economy of exercise.  For avid runners, substituting cycling for up to 50% of run training volume does not change performance1, and it has the added benefit of reducing risk of overuse injuries as well as strengthening different muscles. The same is true for deep water running in the pool. However, aerobic cross training for swimming has a less pronounced affect2. Generally, off-season cross-training activities are less intense and of shorter duration. This allows for mental and physical rest, which helps prevent burnout and overuse injuries. This also yields a reduced calorie expenditure compared to in-season calorie burn. This means that it is important that total calorie intake decrease during off-season in concordance with the chosen cross-training exercise, intensity, and duration. “Winter-weight,” or off-season weight gain should not exceed 5% of total body weight.  Gaining more weight than that may hamper pre-season performance gains as training in an energy deficient state will be required to re-achieve desired competition weight. 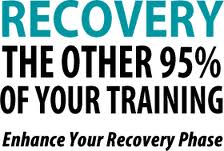 Strength training is one of the most important forms of cross-training that should take place during off-season. Strength training significantly improves endurance cycling and running performance by enhancing endurance capacity, lowering lactate threshold, and by allowing for more efficient recruitment of muscles (which may decrease oxygen cost at each running/cycling intensity)3,4. Strength training also enhances performance indirectly by lowering risk of injury during season training5. This is especially true if strength training is used to correct muscle strength imbalances that may have occurred from chronic use of the same muscle for specific sport performance. During off-season an athlete can easily shift calories in their diet away from carbohydrates and towards protein, which may further enhance benefits seen from strength training efforts.

Part of the importance of off-season changes is to avoid burnout. The same should be true for off-season nutrition changes. The pressure of performance often requires familiar and specific foods during season. With competition eliminated, it should open up the endurance athlete’s diet to new possibilities; increased variety. Off-season is the perfect time to experiment with new and adventurous foods. Not only does this prevent burnout, the increased variety improves the health of the athlete6,7.

Most nutrition and training mistakes are made by endurance athletes during off-season. Endurance athletes should choose activity that is different than their usual training during off-season to lower their risk of injury and burnout. They should avoid taking completely off, as well as avoid staying too active. Their nutrition should appropriately match whatever changes in training are made, but generally will require a calorie reduction, carbohydrate reduction, sodium reduction, and increase in protein as well as variety.